As the urgency to find climate solutions increases, gender inclusion continues to lag. According to the most recent installment of the IPCC Assessment Report from April, 4, one highly important element (previously neglected) in the fight against climate change is precisely the role and condition of people, particularly women. Whether it is because of disasters (human-made or natural) that hinder women and girls from accessing safety, food, education, or health services, or when we speak about inclusion and decision-making, the lack of gender parity is not only harmful to the marginalized group but the planet as a whole. [1]

Men and women are differently affected by climate change and possess different capabilities to address it. Women are harder hit by catastrophes, but also by cultural and gender barriers which inhibit them from presenting an equal contribution to climate change. To reduce the imbalance, a systemic and systematic shift must be made for more women to get involved in climate mitigation. [2]

Armenia ranks 114th of 156 countries in the 2021 World Economic Forum Global Gender Gap Report. In 2020, it did best in terms of educational attainment (46th), and economic participation and opportunity (96th).[3] The 2021 Human Development Report of the United Nations Development Programme (UNDP) ranks Armenia at the 81st position out of 189 countries, with a human development index (HDI) of 0.776.  That is, Armenia belongs to the high human development category.

In Armenia, there are certain proxy data attesting to a significant gender gap in terms of entrepreneurship.[4] Women are less likely to own firms with at least five employees and are more likely to own retail businesses as opposed to any other businesses (only 19.1% of firms with five or more employees are managed by women).[5] Supporting entrepreneurship, including in Small and Medium-sized Enterprises (SMEs), is one of the key objectives of the United Nations Industrial Development Organization (UNIDO).[6]

Working as an implementing partner within the European Union-funded, EU4Environment Action, UNIDO is promoting new approaches to embed Circular Economy in the countries of the Eastern Partnership (EaP) region – one approach is Resource Efficient and Cleaner Production (RECP). RECP is a methodology based on the continuous application of preventive environmental measures to products, processes, and services.[7]

In Armenia, UNIDO is implementing RECP with the support of its national implementing partner, REC Caucasus, with which it trains professional experts and enterprises on water, energy, resource efficiency, climate change adaptation and mitigation, as well as the elaboration of new environmentally friendly products which would have otherwise been wasted. Grasping the diverse benefits of RECP, UNIDO offers RECP advice, in-plant audits and RECP training, and guidance to elaborate business plans dedicated to resource efficiency.

The EU4Environment activities on RECP also include the monitoring of the implementation of recommended measures for the enterprises which were engaged in the preceding regional programme funded by the EU – EaP GREEN[8]. In April 2022, the first two RECP success stories were published; followed by five more stories released in June. These stories are based on the monitoring exercises conducted in the SMEs which have implemented RECP in their production facilities.[9]

In spring 2022, under the title “Climate Change: Women in Armenia”, the Ministry of Environment of the Republic of Armenia hosted an awards ceremony to recognize and reward the active contribution of female leaders in fighting climate change in the country. Out of 100 competing projects, the six best ones were awarded, namely in: solutions that mitigate climate change, climate change adaptability events, or coverage of climate issues. Among the six winners was Ms. Nune Harutyunyan, the Executive Director of the Regional Environmental Centre (REC) for Caucasus, which is also a National Implementing Partner of UNIDO in Armenia under the EU4Environment Action.

The REC Caucasus was established in 1995 as an independent, non-profit organization to promote cooperation among NGOs, governments, businesses, and environmental actors and to increase the public’s participation in the decision-making processes on the environment through projects that have an environmental focus.[10] This is also the case of the award on “Climate financing and innovation solutions”, which Ms. Harutyunyan won together with her team, showcasing the effective use of RECP at manufacturing enterprises as a part of several EU-funded regional programmes[11] in Armenia.

When speaking about benefits, we mention the saving possibilities for SMEs (for instance, 15-20% energy efficiency savings). This is a good argument that makes RECP popular from the very beginning. As well, an aspect we often forget about is that RECP is an opportunity to achieve climate mitigation, and the reduction of waste, emissions, or poisonous effluents. The latter aspect alone is crucial because we need to consider the anthropogenic effects of industrial activities, says Ms. Harutyunyan.

The current global challenges (caused by both the pandemic and political unrest) deeply affect Armenian enterprises. Regardless of their size or type of production, SMEs struggle not only to innovate but often, to survive. This is why, when aiming to implement resource efficient measures, there is a strong demand for technical assistance coupled with financing. What drives then industries towards RECP is precisely the opportunity to cut down costs and resource consumption, as it gives them both the latitude and resources to continue and even boost productivity.

Numbers are also a vocal promoter of RECP because they help SMEs make informed decisions on the potential to make their business grow and innovate. Based on assessments, businesses can discover new opportunities to extend production or even reinvent themselves through industrial symbiosis. This was the case revealed as a result of the monitoring visits within the EU4Environment programme: a battery producer, ELBAT CJSC upgraded its cooling system by installing a water-saving facility which allows it to recover water and heat, all whilst cutting production costs. Another example comes from Lukashin Agricultural Association, a cooperative that specialized in dried fruits. The installation of solar panels helped the farmers there save 25 – 30% of energy costs and improve the quality of their produce by eliminating chemicals and the use of caustic soda from the production process, and by using recycled water for gardening. Lastly, a dairy producer started making a ricotta-like cheese from the remainders of yoghurt, while a bread producer turned its waste into a new product by selling bread crumbs to a producer specialised in semi-ready meat products (generating a new income and expanding its business in Armenia and abroad). More documented examples of such RECP success stories will be published through the programme’s communication channels before the end of 2022.

Overall, awards such as the one received on “climate financing and innovation solutions” might represent small, but indeed solid wins for the long-term prospects to embrace and implement resource efficiency. Whether because of the focus on savings, production development, or even the opportunity to innovate and foster industrial symbiosis, RECP is in itself a well-sought resource that needs to be minded and valued. 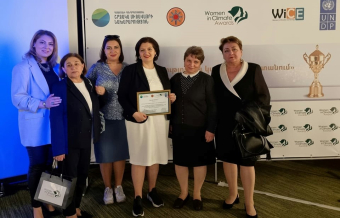 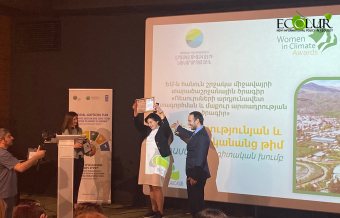 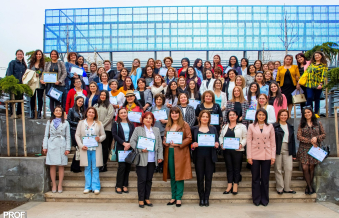 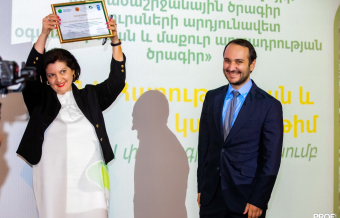